Our Moving To Scotland Holiday, A Pictorial

We arrived in Scotland on 3 November, but Pat did not have to start work until 7 December. We had a little work to do then, it was playtime!  Here is a photographic sampling of what we saw, did, ate and drank. 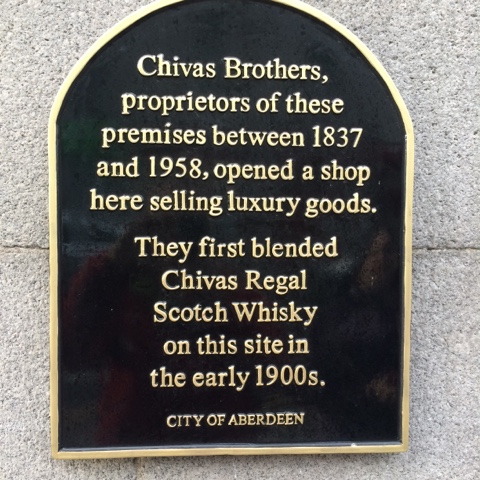 I have not written for a while because I still do not have my computer and I cannot format my posts exactly the way I want on the iPad or iPhone.  However, I did get a library card and will visit my local branch soon to use their computers, writing a post and sharing a lot of photos.  Here is a quick update in the meantime.

Obviously, our shipment has still not arrived in Aberdeen.  We were able to track the ship en route and saw that it arrived in England on 26 November.  On 7 December, we received a message from the local movers that our shipment was in customs and they expected it in 7-10 days.  I guess the holidays slowed things down.  This week, we received a query from customs asking us to expand on the descriptions of some of the contents which I did promptly.  I expect to hear news including a scheduled delivery any day.  I want my stuff!

We have been in our flat for two months yesterday.  We like it.  It is spacious (hopefully, I still think that when we have all of our belongings in it.)  It had some issues, but the property manager has addressed them or is in the process of addressing them.  The location is convenient.  The neighborhood is quiet as is the flat itself--we can barely hear the winds and road noise in most areas.  I continue to become acquainted with living in a British household--front-loading clothes washers in the kitchen; gas central heating via radiators; drying laundry on the radiators; electrical outlets with on/off switches; electric showers, having only half a splash wall instead of a full door or curtain; a small refrigerator; old-style door keys, and lots of other interesting things that I may share later.

I am constantly exploring the city.  I keep my bearings most of the time.  It can be a struggle with non-grid street patterns and street names that change at intersections for no apparent reason.  When I get lost or confused, I have my phone and its map apps.

I am learning the bus system.  We conveniently have a bus stop directly in front of the flat when we return.  We usually depart from another stop down the street about 50 meters.  The buses are nice, especially on a rainy, windy day.

I am also figuring out the money.  I think I can identify the coins by size, shape, and color now instead of actually reading them.

I mostly have a routine now, so I will make regular time for blogging.  More later...