If you know me, you know I like to ride my bike.  And, although I don't follow sports much, I usually know what is happening in pro cycling, at least the grand tours.  So, when I saw recently that some bike race was coming to my adopted home town and the route would be within a short walk from my flat, I was predictably excited.

Race 8 (of 10) of The Tour Series was held on the streets of Aberdeen last Thursday night on a 1.2km circuit around the city center over about an hour.  It was a beautiful day to be out: no clouds, light breeze, about 70F.  I went out early for some of the supporting races which included kids and all levels of amateurs.  There was a women's race that might have been a pro race, but that was during our dinner and cocktail hour and I could not quite make out the jerseys from my seat at the bar.

This was my first time watching a criterium race.  While I did not know any of the racers--these teams are two tiers down from those who ride the Tour de France, for example--it was actually more exciting than my previous experience watching pro racing.  Because the course was short, I was seeing riders pass by each lap which took less than two minutes initially.  Then, once the peloton was spread out, I could see cyclists almost constantly.

I watched the one hour of television coverage two days later to get the full story.  I saw myself once!  But, I did not see Graeme Obree who was spectating on the night. If I had not seen him in Aberdeen twelve months ago and his bikes in Glasgow last summer, I might have been upset.  Regardless, I was able to watch the sprint finish on TV which I missed on race night.  We were trying to go home actually, but we could not cross the street.

The leaders: they were off the front from about the third lap and were never caught.  I could feel the wind off them as they passed. 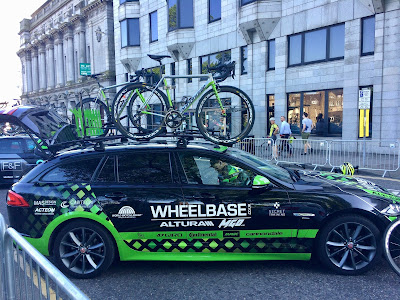 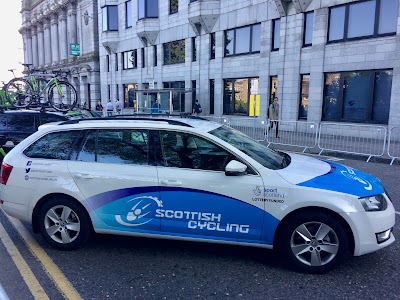 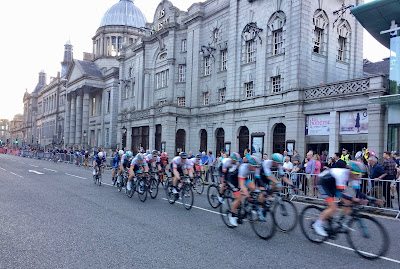 
Last weekend we took the train to Dunfermline for a weekend with good friends.  As always, our time together was filled with good food, good wine, and lots of laughs.  On Sunday, we drove to Falkland to engage in the Scottish pastime of hill walking, ascending Falkland Hill, also known as East Lomond.  I had been up this hill once before, on my first visit to Scotland in 2003 and was happy to finally make it back.  It was a nice day in the lowlands, but became quite windy on top, just like my last visit.  It was a nice little walk, just under three miles round trip.  Of course, the views of the Fife countryside from the top made it worth the effort. 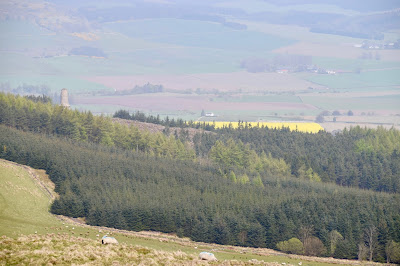 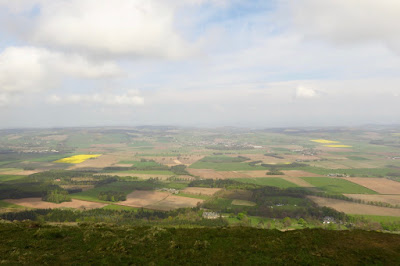 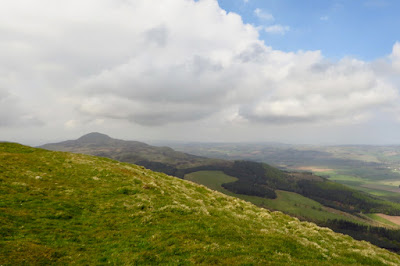 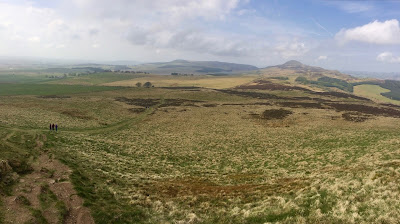 During our lazy time over the weekend, I continued my education in the area of British TV. Having already viewed several episodes of Black Adder, Jeeves and Wooster, Still Game, and Mrs Brown's Boys (which is performed live and is frequently, absolutely hysterical--search YouTube) among others on previous visits, this time I was introduced to Chewin' the Fat.  Unbeknownst to me, I had been quoting skits for years by quoting my Scottish friends.  Here is my favorite skit.  You are welcome!

Addendum:  Here is an example of why I should always have my wife serve in her role as editor for my posts, at least for accuracy of all things Scottish.  Back in 2003, it was West Lomond that we climbed.  So, now I've done them both!
Posted by Brian at 16:53 No comments: