Every time I have visited Edinburgh, I have looked east to Arthur's Seat and yearned to climb it.  It is an ancient volcano with a peak at 251 meters above sea level which dominates Edinburgh's skyline.  I finally had my opportunity several days ago.  Pat had a course in Dunfermline where we stayed with friends (who were out of town when we arrived) so, I hopped on a train into the big city for a day on my own.

After getting caffeinated, I walked from Waverley station over to the Royal Mile, down toward Scottish Parliament and Holyrood Palace, over to Holyrood Park and the base of Arthur's Seat. It was a nice day and dozens of others had a similar idea.  It was a steep walk at times, but certainly worth the panoramic views of Edinburgh and the surrounding areas from the top.  I think it is about a 1.5 mile walk up.  Trainspotting fans: I did not see Spuds and Renton.  I could have stayed a while at the top, but I had other sights to see.


Here are some photos from our visit to Holyrood last year, including the reverse view.

Here also are photos from the Tattoo last year; not many from the castle because of the heavy rain during our visit. 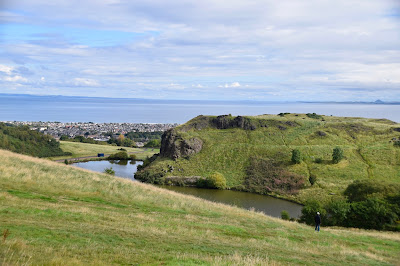 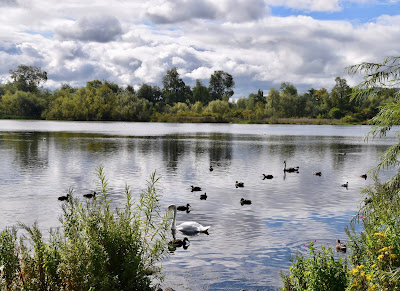 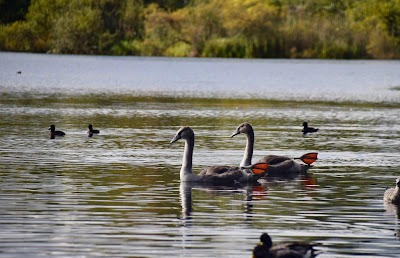 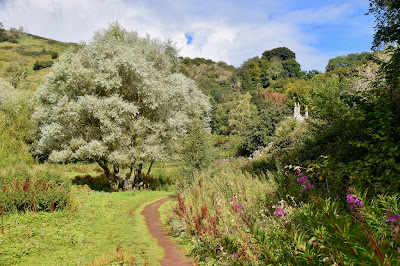 I next headed further east to Craigmillar Castle, Edinburgh's other castle.  Great castle!  It has been abandoned and ruined, but many rooms and floors and stairwells are still intact.  I could easily imagine what it must have been like a few hundred years ago.  There were great views from the top and I enjoyed walking along the walls on the higher levels. 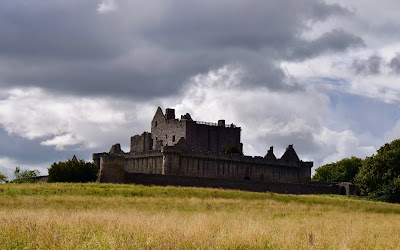 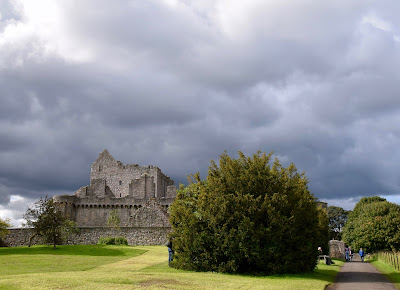 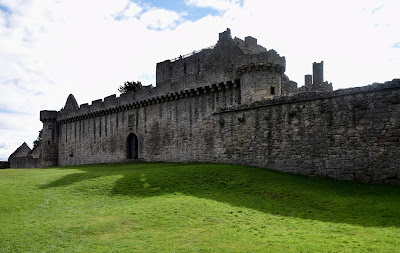 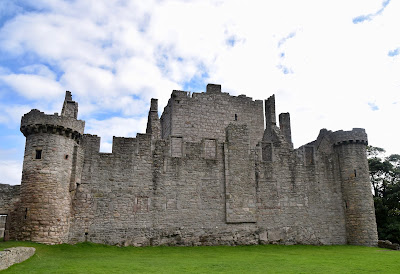 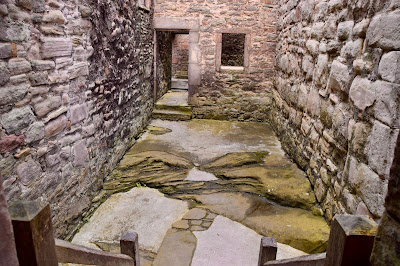 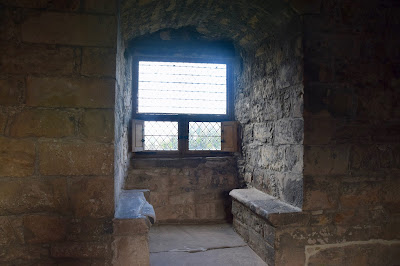 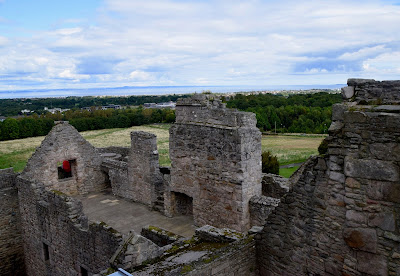 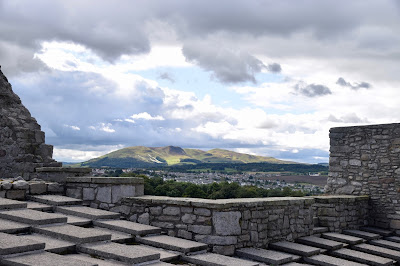 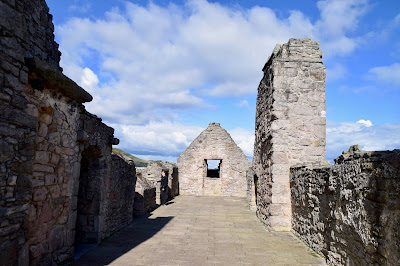 Next, it was time to walk back into the city center--about three miles--for two quick stops before grabbing a late lunch.  I had read about the Monymusk Reliquary in my book on Scottish history and wanted to see it in person.  It may have held a bone of Saint Columba and it was carried by the Scottish army at the Battle of Bannockburn.  It is on display at The National Museum of Scotland.


Next, I was finally in the right place at the right time to see The Monarch of the Glen!  Long story.  The short version is that I have had a print for years, initially not knowing it was a famous Scottish painting, and I wanted to see the original which is now on display at The Scottish National Gallery. 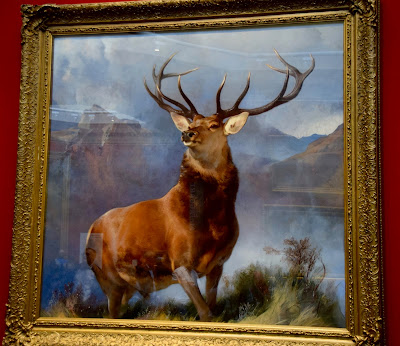 Side note: I love that these major museums are free to visit.

Whew!  After nearly ten miles of walking, I feel I earned my Five Guys burger and Coke.  It was delish!

After one quick visit and purchase at Edinburgh Gin, I was back on the train and into Fife.  It was another great day in one of my favorite cities.
Posted by Brian at 21:45 No comments:

Since 1832, on the first Saturday in September each year, a highland games gathering is held in Braemar called The Braemar Gathering.  Pat wanted to go last year, but all the seating was sold out.  This year we bought our tickets very early--months ago.  We were concerned that we might be bored at times, but the variety of events kept our interest all day.  Of course, there were the heavy events including the weight over the bar, the hammer throw, and the always-spectacular caber toss.  There were also pipe bands and highland dancing, a tug of war competition among various military units, a hill race up to the nearest peak, and a track and field meet on the grass infield.

The Games are traditionally attended by the royal family who watch from their royal pavilion and present awards to a few of the winners.  They usually visit Scotland for the summer, staying at their nearby Balmoral Castle.  I am sure their appearance was a highlight of the day for many.  In fact, once they left, a large chunk of the crowd followed.  I have to admit, it was an interesting experience observing the entrance and exit of the motorcade.  God Save the Queen was sung at one point and there was applause, but mostly everyone just watched quietly.  It was a stark contrast to the two times I was in the presence of a US President! 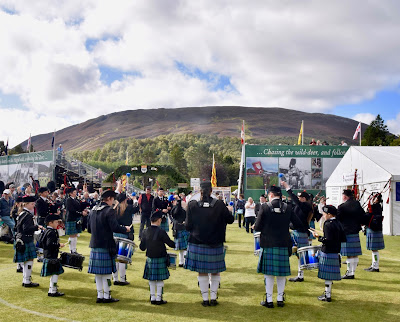 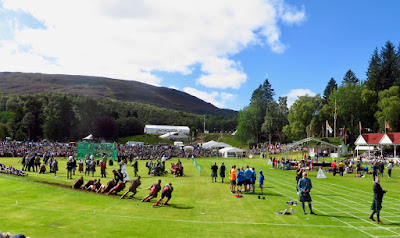 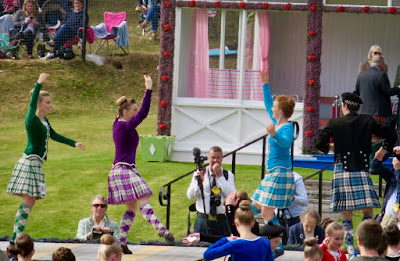 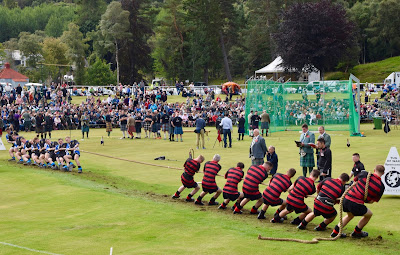 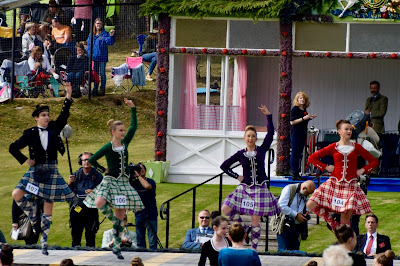 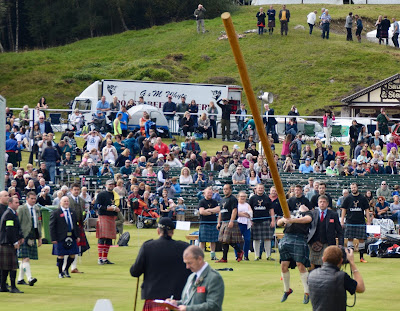 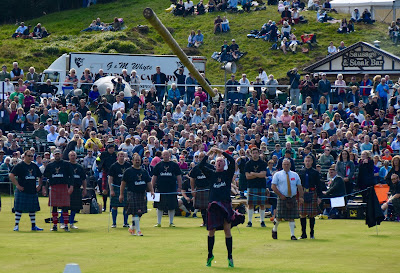 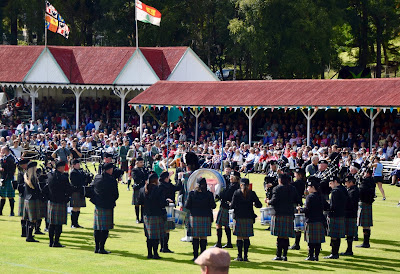 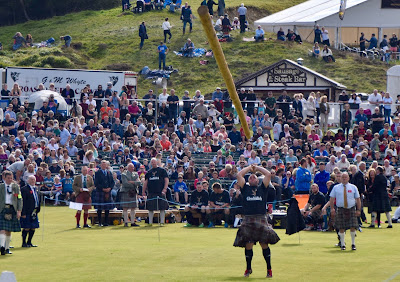 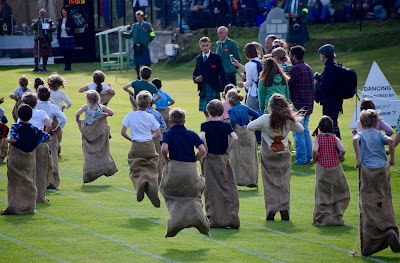 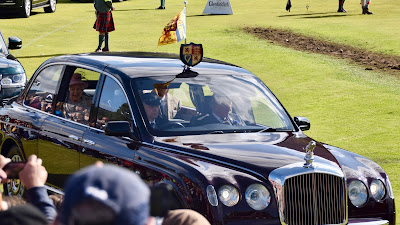 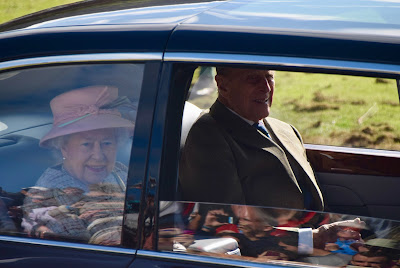 I would happily go back, hoping for perfect weather like we had this year.  I am thinking about running the hill race next year which finishes with one lap of the track in front of the crowd.