A few months ago, I wrote about the things I miss from home and I said that I am generally not homesick.  The fact that I enjoy Aberdeen so much is a big reason for that.  Also, American culture and consumer products are so far-reaching, that it does not seem as foreign here as one might think.  Regardless,  I thought it would be appropriate to share the other side of the story: the things I love about living in Scotland.  To be fair, I am mostly comparing Quincy, Illinois or central Illinois to Aberdeen, Scotland as opposed to comparing all of the US to all of the UK.  That is a much bigger discussion.

In no particular order: 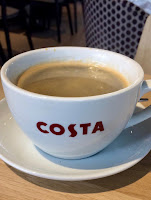 1.  Cineworld!  Aberdeen has two Cineworld cinemas, totaling about twenty screens and we have Unlimited passes.  For about £18 a month each--less than two tickets--we can see as many films as we want.  One per week is the norm, but I have had months in which I have seen ten or more films!  There is also an arthouse cinema for more obscure films and re-releases.

2.  Coffee!  There are loads of good coffee shops and most of them, along with most cafes and restaurants, have espresso machines.  So, good coffee is plentiful--myriad options for a good Americano! 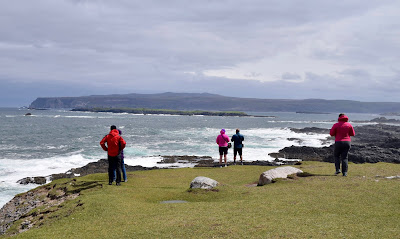 3.  Diverse geography! Aberdeen has a beautiful beach; located on the North Sea, the water is frigid, but it is still a pleasant place to walk or run. The coastline offers numerous unique and dramatic views and associated wildlife: seals, dolphins, and puffins for a few examples.  We are minutes from the countryside:  evergreen forests and rolling hills full of grazing animals and some row crops.  Traveling just a little further we can be among the rocky and heather-covered mountains.  I have to say:  traveling out of Aberdeen in any direction, the views are much more interesting than driving along I72.

4.  European travel!  When we first talked about moving, this was a big selling point for me. We have already made three trips outside of Scotland: France via Geneva, Milan, and Prague.  And next month, we will be spending several days in London--my first visit to England, excluding airports.

5.  New career!  I was ready for a change from healthcare and I thought I was ready for a management/leadership role.  Here I am, having spent more than two years as club manager for Aberdeen Amateur Athletic Club (that is a group of people, not a facility).  I also have a short-term role in development with Scottish Athletics, the governing body for track and field and related sports in Scotland.  Apparently, I am doing well in the new environment, because I was asked to be chair of ClubSport Aberdeen, a new, volunteer sports council, serving the sports clubs of Aberdeen.  I am still learning, but I am enjoying the new challenges and supporting health and physical activity in a new way. 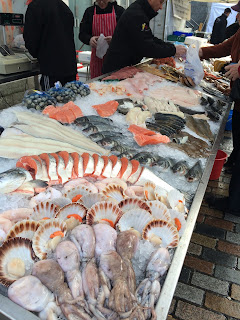 6.  City life!  Of course, this is something I surely could have experienced in an infinite number of places back in the US, but...see the first paragraph.  We have numerous and various options for shopping and restaurants and cultural activities.  Everything is quick and easy to get to via foot, bike, or bus.  As I said above, if we want a break, we can be in the country in just a few minutes--best of both worlds!

I am sure I could easily expand this list, but these are the high points.  Life is good!
Posted by Brian at 10:59 No comments: